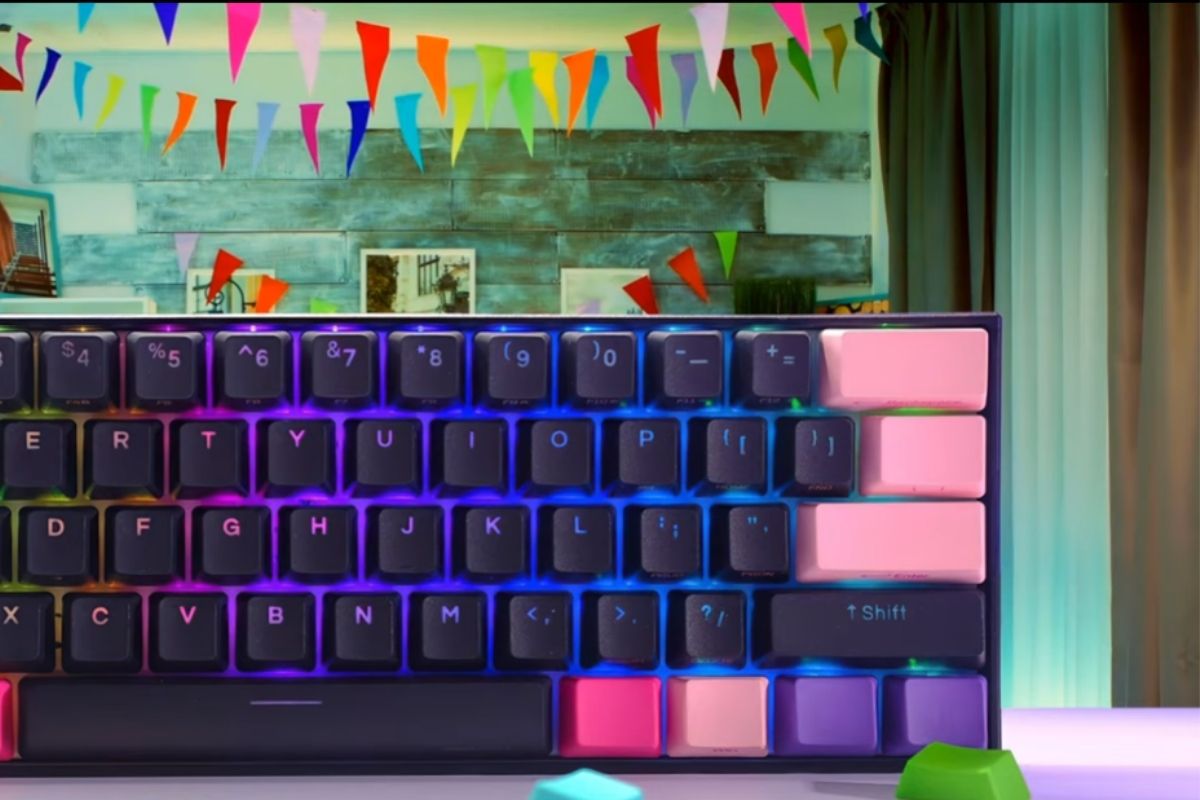 There are two types of wireless transmissions that can be used to send data between devices; radio frequency (Bluetooth and WiFi) and infrared (IR). Radio frequencies use electromagnetic waves to transmit data through the air, while infrared uses light. If you have a wireless keyboard, you might be wondering – how do wireless keyboards work?

What are Wireless Keyboards and How do they work?

A wireless keyboard is a modern input device that allows you to connect with your computer wirelessly. It is also known as a cordless keyboard, Bluetooth keyboard, or WiFi keyboard, depending on the technology used for data transmission.

Wireless keyboards are most commonly made up of keys and an internal receiver – either wired or wireless. The receiver needs to be plugged into your computer to be able to work. Wireless keyboards operate by one of two methods – Infrared (IR) or Radio Frequency (RF).

What is Infrared (IR) Technology?

Infrared devices require an unobstructed line-of-sight path between the keyboard and receiver for them to work. The data signals are transmitted over IR pulses which correspond directly with the keyboard’s layout.

The technology is common in wireless devices like remote controls but rare for computer input methods.

What is Radio Frequency (RF) Technology?

Radio Frequency devices use electromagnetic waves to transmit data through the air. It means that the keyboard and receiver don’t have to be in direct line of sight of each other, as long as they are within range of the transmitter.

How do Wireless Keyboards Work?

To use a wireless keyboard with your computers, you will have to plug its receiver into an available USB port. The data is sent from the keyboard to the receiver through a series of light and electrical signals. These signals first travel to a dongle, then to the computer’s USB ports, where they are converted into data that your computer can read.

The mechanics behind using a wireless keyboard work like this

The range of a wireless keyboard can vary depending on the technology used. IR keyboards have a much shorter range than RF keyboards as they rely on line-of-sight.

RF keyboards can range up to 30 feet, depending on the environment and obstructions.

No more cables – Wireless Keyboards eliminate the need to constantly fight with cables and allow you to work from anywhere in the room.

Low latency – This means that there is very little delay between when you press a key and when the character appears on your screen. It allows us to type as fast as we can.

Portable – Wireless keyboards are small and lightweight, making them great for taking with you on the go.

While most wireless keyboards have the same basic functions as a regular keyboard, there are some drawbacks while using them:

Batteries – Most wireless keyboards will either require batteries or an external power supply (such as batteries) to work, and this can be inconvenient and expensive if they’re not included with the keyboard.

Incompatibility – Not all devices have a wireless receiver port, which can cause issues if you want to use your keyboard with them.

Interference – If there is too much interference in the area (such as from other wireless devices), it can cause the keyboard and receiver to lose the connection and they may not work.

Price – Wireless keyboards tend to be more expensive than regular options since they have extra built-in features.

No, most wireless keyboards come with a small receiver that plugs into an open USB port on your computer.

The receiver acts as the middle-man between your keyboard and computer. By plugging it in, you are ensuring that the signal is able to travel from the keyboard to the receiver then onto your computer.

Yes, Wireless keyboards can be used with phones and tablets, but you’ll first need to make sure your device is compatible with the wireless keyboard. If it’s not, then you need to buy a Bluetooth adapter for your devices.

Wireless keyboards are a great alternative to regular, cabled keyboards. They offer a number of benefits, such as portability, low power consumption, and low latency. However, they do have a few drawbacks, such as the need for batteries and the potential for interference. Overall, wireless keyboards are a great option for anyone who wants more flexibility when it comes to typing.